The Making of an Archive (2014–ongoing) is a project initiated by Canadian artist Jacqueline Hoàng Nguyễn. It consists of digitizing workshops, community outreach, digital recordings and interviews. We collect photos by digitizing 35mm, 120mm films, slides or Polaroids of everyday life by immigrants and their families who identify as POC (People of Colour). 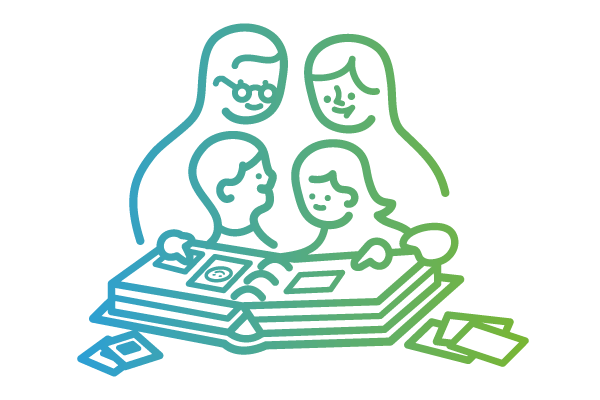 Jacqueline Hoàng Nguyễn (born in Côte-des-Neiges, CA) is a visual artist. Using a broad range of mediums, her artistic practice investigates issues of historicity, collectivity, utopian politics, and multiculturalism within the framework of feminist theories. Through in-depth research, combined with chance, Nguyễn’s process reinterprets documents of a collective moment, while simultaneously reflecting upon her own historical, social, and intellectual conditions of artistic production. Nguyễn completed the Whitney’s Independent Study Program, New York, in 2011, having obtained her MFA and a post- graduate diploma in Critical Studies from the Malmö Art Academy, Sweden, in 2005, and a BFA from Concordia University, Montreal, in 2003.

This project would not have been possible with the immense support by the partners. Many people have contributed in different capacities to this project, but I would like to extend my sincere and warm gratitude goes to Gendai Gallery, particularly Maiko Tanaka, Chris Lee and  Marilyn Hon Jung, for their relentless trust and enthusiasm since the very beginning of this project; to grunt gallery, Vanessa Kwan and Dan Pon, for sharing their critical thoughts while being committed to implement the infrastructure of The Making of an Archive, and to Grafikens Hus, more specifically to Ulrika Flink and Nina Beckmann, for building the mobile unit of The Making of an Archive.

Many other people have been present at various instances and have acted as meaningful interlocutors. To name a few, I feel indebted to Winnie Cheung, PCHC – MoM; Lisa Uyeda, Nikkei Center; Chris Lee, UBC ACAM (Asian Canadian and Asian Migration studies); and Henry Yu, CCHS-BC (Chinese Canadian Historical Society of BC).

Most importantly, this project would not have been possible without the invaluable contributions by all the donors!

The project has been so far possible with the generous support of the Canada Council for the Arts and the Municipality of Södertälje in Sweden.